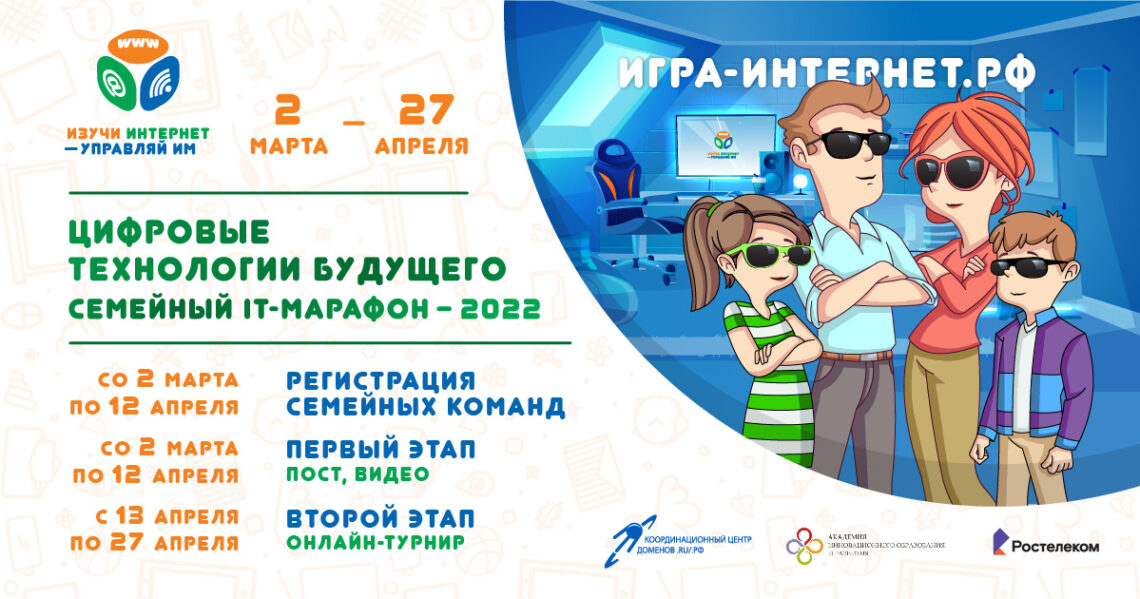 Teams consisting of children and their parents are welcomed to participate Family IT marathon. Competition helps families to test their digital skills and to express themselves creatively.

The 5th All-Russian Family IT Marathon 2021 starts on March 2. Family teams consisting of 5-11 grades children, parents, relatives or close friends are welcomed to participate in it. The competition will be held in two stages and will end on April 30. The results will be announced on May 15, International Day of the Family.

The IT marathon is organized by the Coordination Center for .RU/.РФ domains and the Academy of Innovative Education and Development with the support of the . ДЕТИ domain.

The competitions will help families to test digital literacy, to improve their media skills, and to express themselves creatively.

At the first stage, which will last until April 20, the teams will complete a creative task – to publish a post about the Family IT Marathon in social networks or to prepare infographics based on the materials of the educational games of the Coordination Center for TLD .RU/.РФ project “Study the Internet & Govern It”.

The winners of the IT marathon will be determined by the sum of points earned during the first and second stages.

The winners of the 1st and 2nd stages will also be awarded separately. The prize set consists of a diploma, a 3D pen, a board game and useful souvenirs from the organizers of the IT marathon. IT marathon participants who will not win prizes will receive electronic certificates.