Digital Notes: Plans for a New .Music Suffix, but Who Will Own It?

As part of changes planned by the organization that oversees Web addresses, music fans might soon be typing “JustinBieber.music” or “BruceSpringsteen.music” instead of more familiar addresses that end in .com or .net.

But who will get to control these new Internet domains has not been settled; rather, it has become the latest example of the music world’s struggle over the Internet, as industry groups and technology giants like Google and Amazon compete to control the .music domain.

The suffix .music is one of hundreds of proposed new ones — including .movie, .mormon, .tickets, even .mutualfunds — that were revealed on Wednesday by the nonprofit Internet Corporation for Assigned Names and Numbers, or Icann. In all, the Internet authority received 1,930 applications, at a cost of $185,000 each, with many of the proposed suffixes (officially called generic top-level domains) receiving multiple applications.

Eight parties are vying for .music. Among them are Far Further, which has the backing of the Recording Industry Association of America and most other major industry trade groups; a group called .MUSIC (or, less confusingly, DotMusic), which is supported by government bodies across the world and by several central companies that deal with unsigned acts, like the digital distributor TuneCore and the Web service ReverbNation; Google and Amazon, which are both bidding for dozens of the new suffixes; and several other applicants, including at least one company whose business model is buying and selling Web domain names. Other musical suffixes up for bidding are .band, .tickets, .song and .tunes.

Icann’s plan has been called a “land grab” that could prove expensive for companies or personalities who want to protect their names by buying up sites under multiple top-level domains (GeorgeBush.tennis, GeorgeBush.vodka). The organization’s high application fees, which brought in more than $350 million, have also been questioned, but Icann’s chief executive, Rod Beckstrom, defended them in a statement: “We don’t make that money; we have collected it,” he said. “That’s the estimated cost of processing and of setting aside money for a risk contingency fund.”

The winning applicants for .music, or for any other new suffixes, would own the suffix and have wide discretion over how it is applied to Web addresses. That means, among other things, that the winning bidder would be able to determine who gets to register not only band sites but also more general terms, like country.music or live.music — which could be tremendously valuable.

Far Further and DotMusic have some similar intentions, including instituting a verification system (to make sure JustinBieber.music is controlled by the real Justin Bieber, or at least by his real record company) and opposition to piracy. But Constantine Roussos, who founded DotMusic in 2005, says his proposal will better serve the broader music community — a slippery word when talking about the Internet, but an important one for Icann, which favors applicants who can demonstrate that they represent a group of users.

“.MUSIC’s priority is to make the .music domain widely available to the global music community while balancing the needs for inclusiveness and security,” Mr. Roussos said in a statement. DotMusic’s other plans include ways to optimize search engine results for .music Web sites.

Far Further is controlled by several veteran music executives, including John Styll, a leading figure in the gospel music business. It also has the support of most of the official groups in the music business’s alphabet soup: that is, in addition to the R.I.A.A., Ascap and BMI, which handle royalties; NARM, which represents retailers; and the independent label advocates A2IM and Impala. But it has said that registrants for a .music address “will be required to have a bona fide affiliation with an accredited global music community member,” suggesting that membership in one of its backing groups might be a prerequisite — a stance opposed by DotMusic.

At the other end of the spectrum are Amazon and Google, which have been sometime friends to the music industry and sometime foes. Apparently working through subsidiaries or other affiliated groups, they have both spent millions to apply for dozens of the new suffixes. What they want from these domains is not clear. Collecting registration fees could be a lucrative business for the owner of the suffix, but in the analysis of Glenn Peoples of Billboard, “A commercially minded company like Amazon or Google could build upon its .music registry by becoming a hub of artist pages powered by its e-commerce tools.”

Asked about Amazon’s plans, Ty Rogers, a spokesman, said: “We intend for our new G.T.L.D.’s to provide unique and dedicated platforms for stable and secure online communication and interaction,” referring to the abbreviation for the news suffixes.

Among the other applicants is one involving Top Level Domain Holdings, a British company “focused specifically on the new top level domain space,” which said it had applied for at least 92 of the new suffixes, spending $13.6 million.

Icann is expected make its initial evaluations of the proposals by the end of the year. 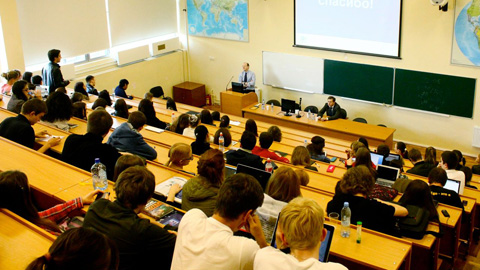